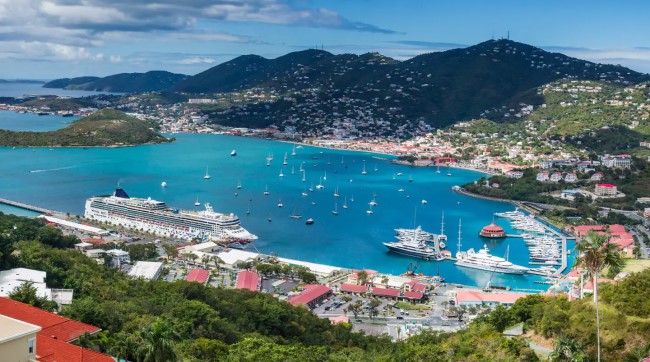 Crystal-clear water, palm trees swaying in the breeze and the hypnotizing beat of a calypso drum. These are the memories you'll have of your Southern Caribbean cruise. This Caribbean region sees fewer cruisers than other parts of the Caribbean, yet has a greater selection of ports. With fewer days at sea, Southern Caribbean cruises stop nearly every day of the voyage to visit unique destinations, each characterized by different cultures, atmospheres and terrain.

Most Southern Caribbean cruises depart from San Juan, Puerto Rico, for a weeklong itinerary, although longer itineraries are sometimes offered from Miami and Fort Lauderdale and occasionally from U.S. cities along the East Coast. St. Maarten and St. Thomas, popular Eastern Caribbean ports, are often featured on these itineraries, as are a handful of South American cities. You may also find that smaller, luxury cruise ships prefer cruising this region of the Caribbean en route to smaller, less-traveled Caribbean destinations.

Each port on a Southern Caribbean itinerary offers something different. Aruba and Antigua are well-known for their beautiful beaches, and lush rain forests are a highlight for tourists in Dominica. Snorkel in the turquoise waters off the island of Barbados. Visit French boutiques and eateries in St. Barthelemy and drive right up to a volcano in St. Lucia. The lesser-known islands of St. Vincent and Guadeloupe are a tropical paradise of unspoiled beauty.